Drawing on global weaving traditions as well as the history of painting and sculpture, graphic design, and architecture, American artist Sheila Hicks has redefined the role of fibre in art and influenced a generation of contemporary artists with her interdisciplinary visual language. From monumental architectural interventions to her more intimate textile works, Hicks’ singular approach to materials exemplifies her masterful articulation of colour, texture, space and scale.

The Textile Museum of Canada is pleased to host the first presentation of the artist’s work in Canada. Organized by the Joslyn Art Museum, Sheila Hicks: Material Voices spans 50 years of Hicks’ prolific career, capturing the renowned breadth of her work from large scale installations to small weavings made in response to specific places or memories, and from free-standing sculptures that combine supple materials with found objects to recent watercolours and mohair drawings on paper. Placing older work in conversation with the new, Material Voices evokes Sheila Hicks’ understanding of her own practice as a continuous, open field that allows for innovation, appropriation and constant reinvention.

Material Voices is accompanied by a fully-illustrated colour catalogue published by Joslyn Art Museum, and will be available in the Museum Shop.

The exhibition is generously supported by Partners in Art, The United States Consulate General in Toronto and The Jack Weinbaum Family Foundation.

icon
Sheila Hicks in front of elements from The Treaty of Chromatic Zones, 2015. Photo by Cristobal Zanartu. 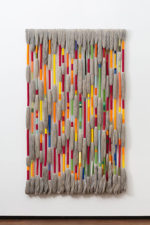 icon
Hastings Visit to the Great Plains, 1979; linen, cotton; 33 in. diameter. Museum of Nebraska Art, Museum Purchase made possible by National Endowment for the Arts through a matching grant; photography: Bruce White, 2016 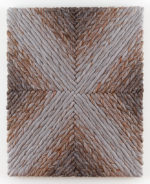 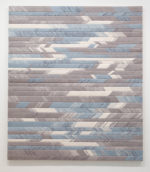 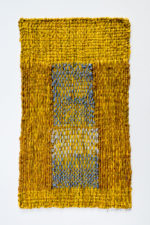 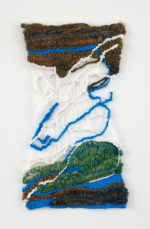 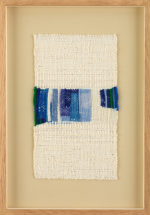 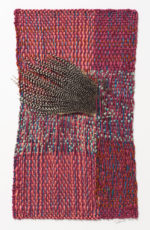 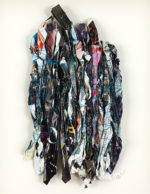 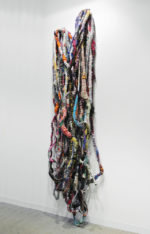 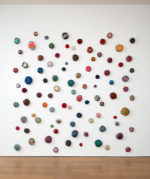 Sheila Hicks (b. 1934, Hastings, Nebraska) lives and works in Paris. Recent solo exhibitions include Sheila Hicks at the Contemporary Art Museum St. Louis (2015), Foray into Chromatic Zones at the Hayward Gallery, London (2015), and L’État du Ciel at the Palais de Tokyo, Paris (2014). The major survey Sheila Hicks: 50 Years debuted at the Addison Gallery of American Art in 2010 and traveled to the Institute of Contemporary Art, Philadelphia, and the Mint Museum, Charlotte, North Carolina in 2011. Hicks’s work has been widely exhibited in major group exhibitions including Threadlines, The Drawing Center, New York (2014); The Whitney Biennial, Whitney Museum of American Art, New York (2014); and Fiber: Sculpture 1969–Present at the Institute of Contemporary Art, Boston (traveling to the Wexner Center for the Arts, Columbus, Ohio, and the Des Moines Art Center, Des Moines, Iowa) (2014–15).Her work is in the collections of the Metropolitan Museum of Art and the Museum of Modern Art, both in New York City; Museum of Fine Arts Boston; The Art Institute of Chicago; Centre Georges Pompidou, Paris; Museo de Bellas Artes, Santiago, Chile; the Museums of Modern Art, Tokyo and Kyoto; and many others. Hicks is the recipient of numerous awards, including the Smithsonian Archives of American Art Medal (2010), Officier des Arts et des Lettres, France (1996), and an Honorary Doctorate from the Rhode Island School of Design.