The Home Economics: 150 Years of Canadian Hooked Rugs exhibition tour will come to a close after the Thames Art Gallery

Home Economics explores the unique stories and histories that have informed hooked rugs in Canada, the highly recognizable forms of folk art with roots in 19th-century North America. Featuring over 100 hooked rugs from the Museum’s rich archive of international material culture, the exhibition represents generations of artisanal entrepreneurship, women’s domestic and collective work, as well as rural development in Canada.

The exhibition will highlight examples from each region, focusing on the unique stories of rug hooking traditions over two centuries. Among the significant pieces featured in Home Economics are rugs by Emily Carr that were produced alongside her renowned paintings, an array of Grenfell mats hooked in Newfoundland and Labrador beginning in 1892 using kits distributed by the Grenfell Mission to generate income, and those designed by artists and hooked by local women for sale to tourists visiting Quebec led by Georges-Édouard Tremblay and Clarence Gagnon. Later rugs include those by the “Gagetown Hookers” – Lydia and Raymond Scott – as well as contemporary pieces by Maritime artists Nancy Edell, Deanne Fitzpatrick, Hannah Epstein and Joanna Close, with Toronto’s Barbara Klunder and Heather Goodchild, and Yvonne Mullock from Calgary.

Whether the result of the imagination of the maker or the use of a prepared pattern, Home Economics celebrates this highly visible part of folk culture in Canada, and explores how craft and commerce have been deeply entwined, producing iconic expressions that speak to individual artistry, skill and creative imagination as well as the broader social and economic landscape. Featuring examples of material reuse and recycling by early Canadian settlers to today’s thriving art practices, Home Economics highlights the same impulses at play over two centuries – craft innovation that embraces aesthetic practice, traditional technique and vernacular design, producing vibrant expressions of creativity as well as regional identity and national cultural heritage.

Organized and circulated by the Textile Museum of Canada
Curated by Shauna McCabe, Natalia Nekrassova, Sarah Quinton and Roxane Shaughnessy 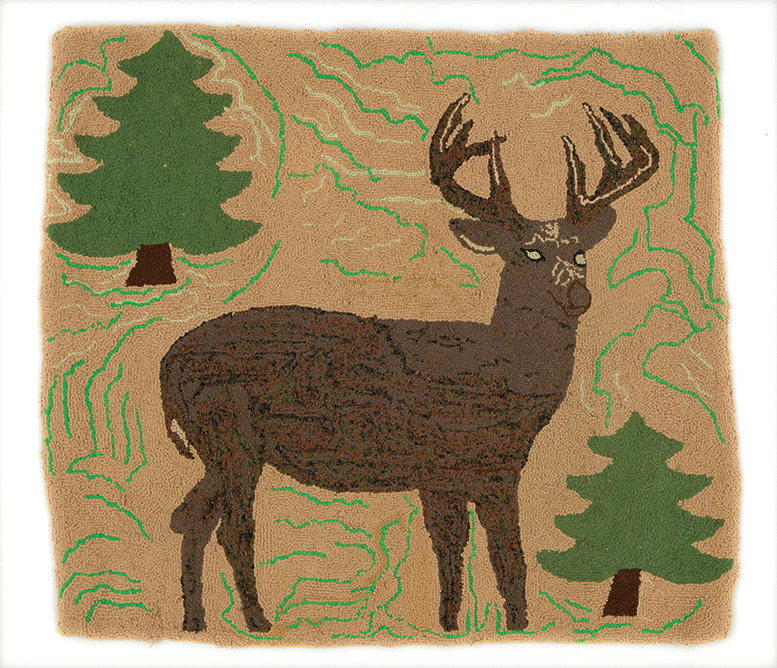 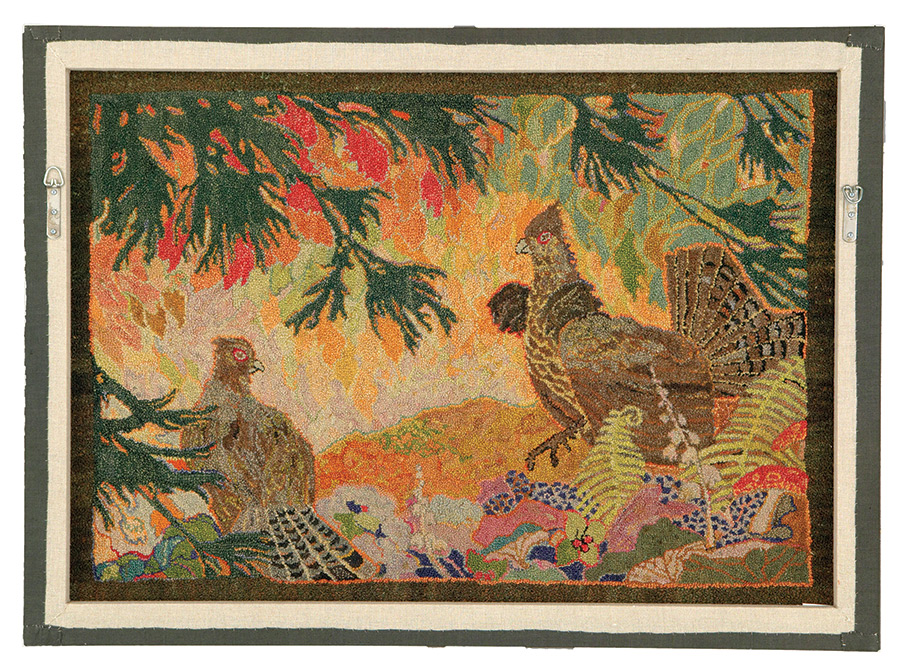 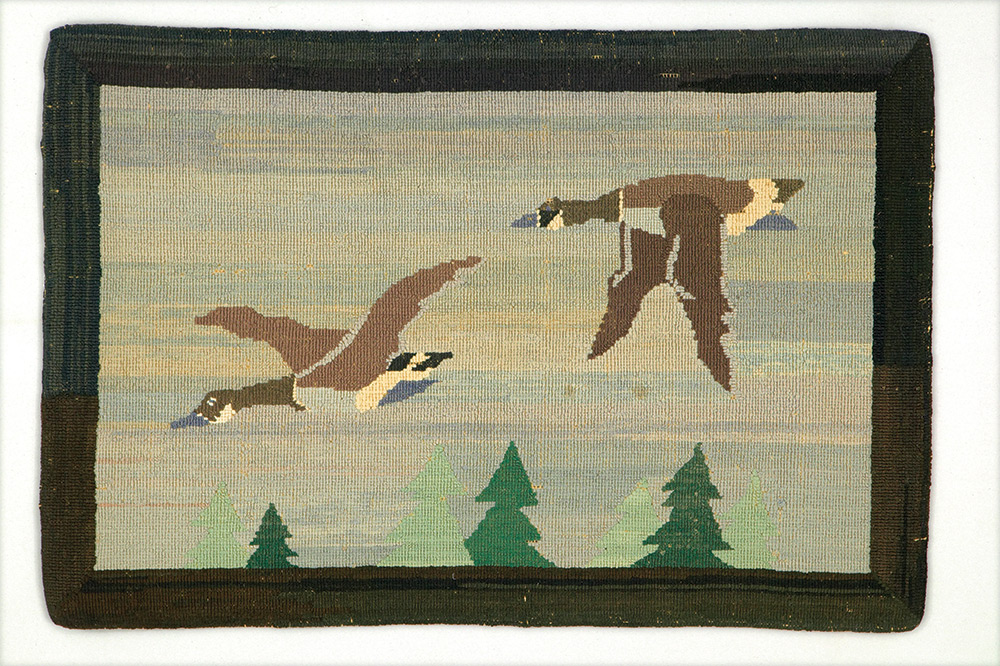 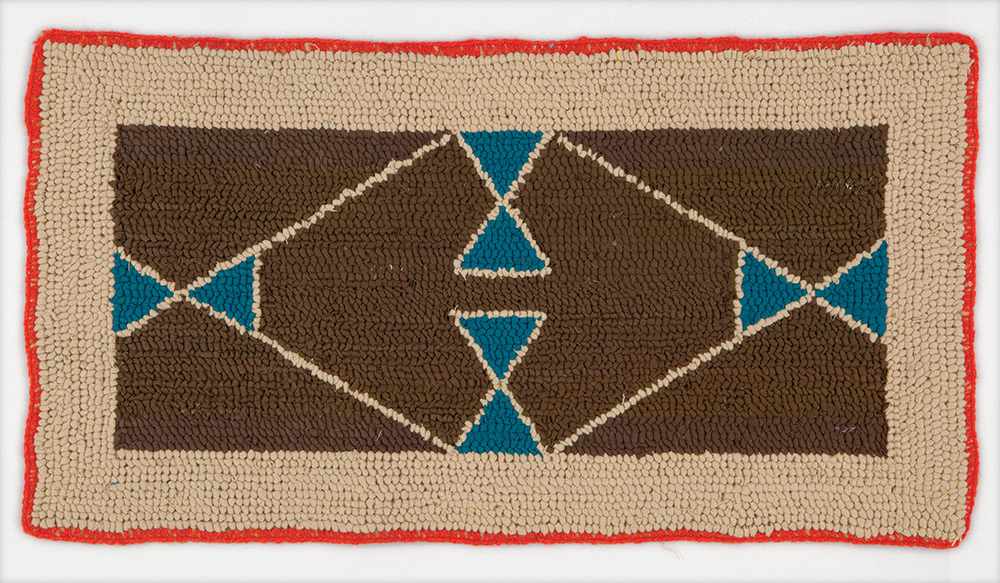 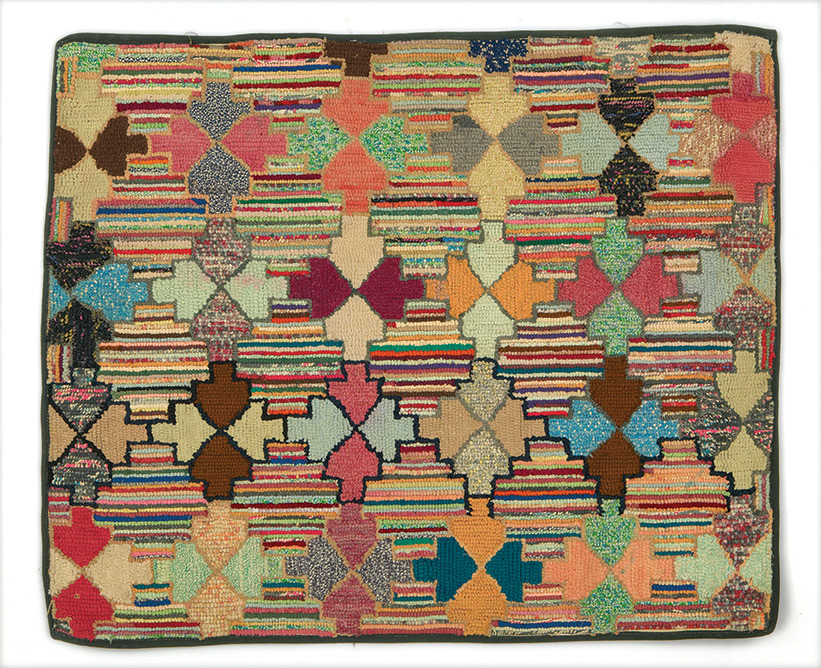 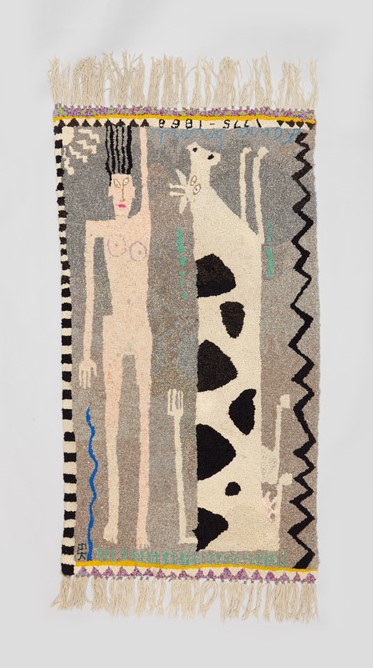 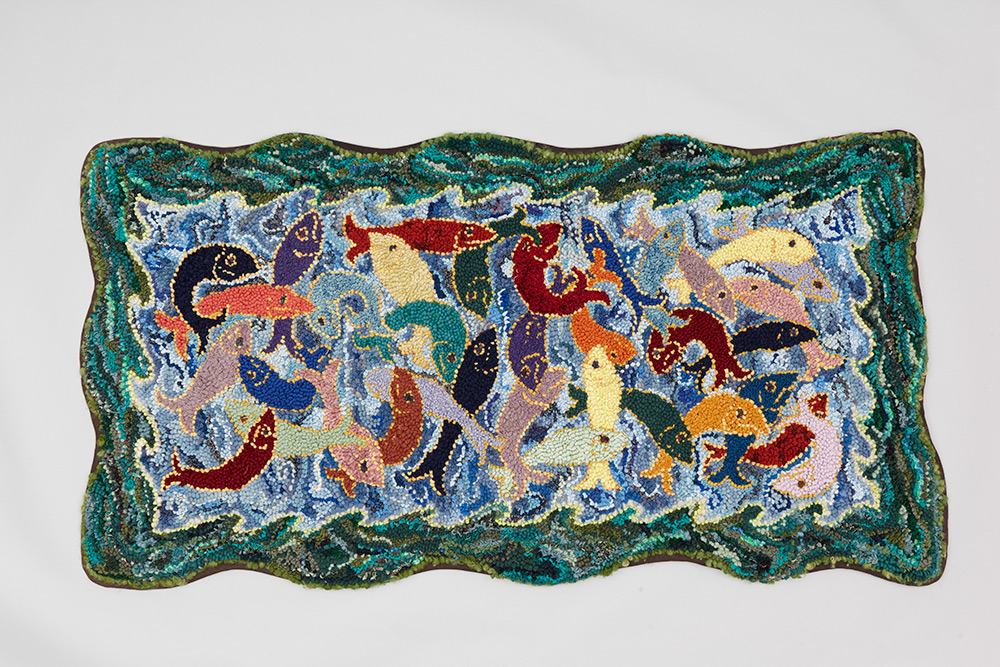 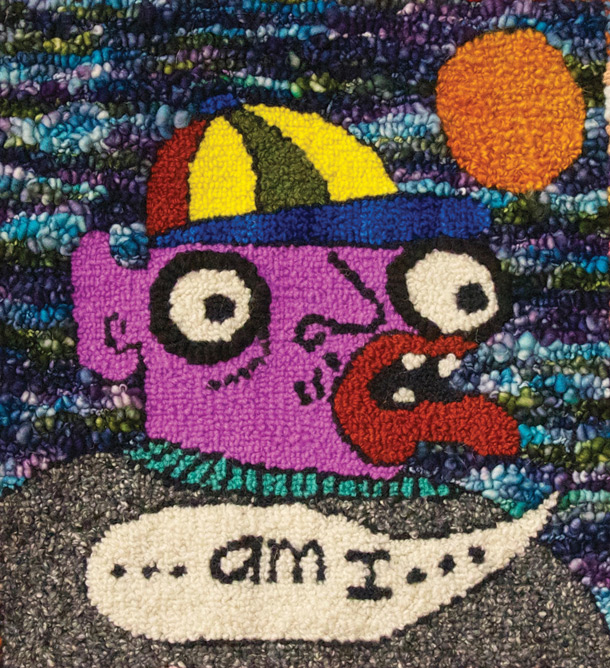 icon
Hannah Epstein, Question of the Day (2014), Animated GIF, Collection of the artist 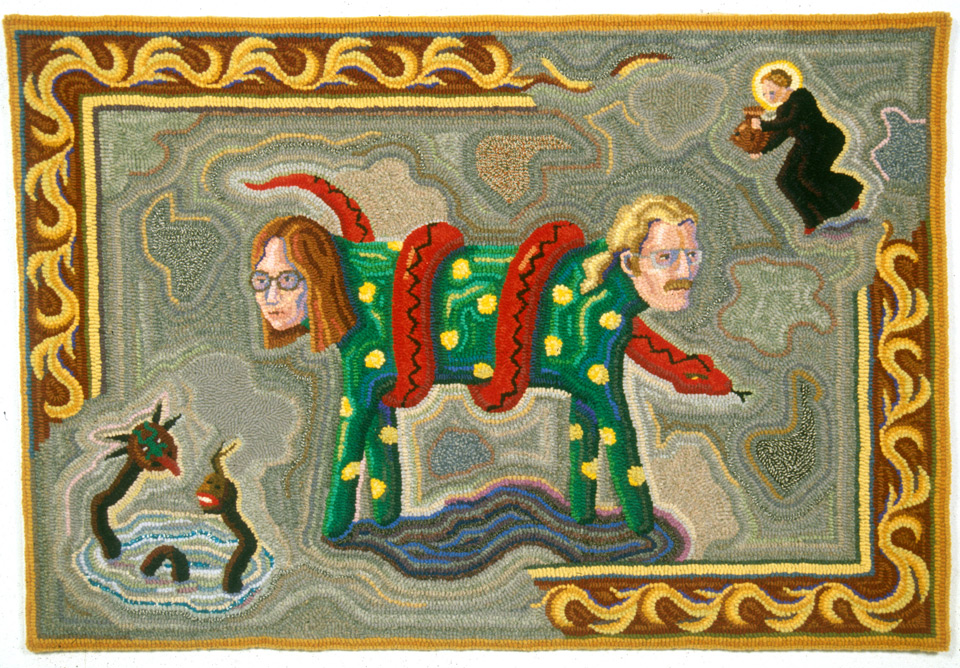 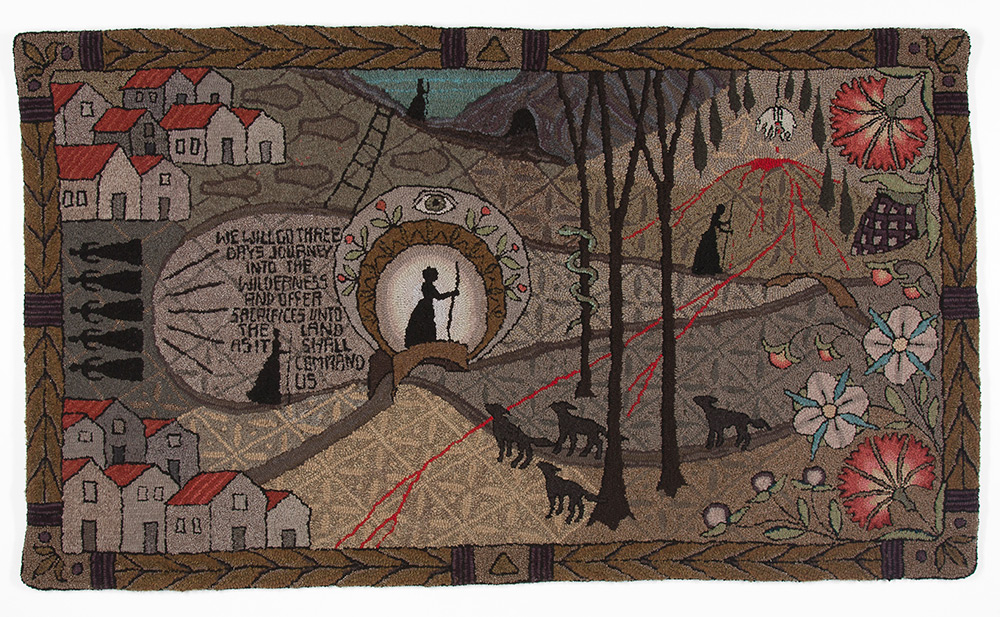 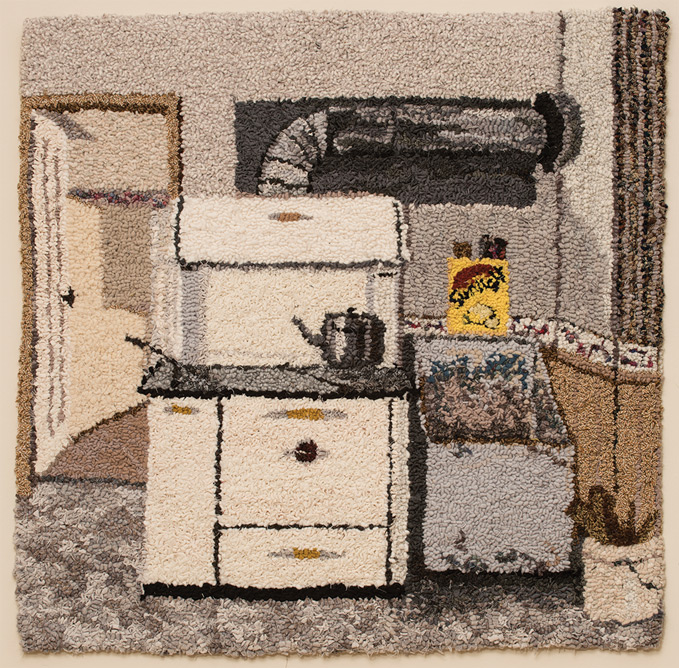 Home Economics is made possible through the lead support of the William R. and Shirley Beatty Charitable Foundation. The generous contribution of Ruth Mandel – WHO GIVES Fund complemented by the Private Giving Foundation, TD Wealth, supports important community-engaged rug hooking workshops facilitated by ArtBridges in partnership with local agencies. The catalogue that accompanies the exhibition is made possible through the kind support of Carole and Howard Tanenbaum. 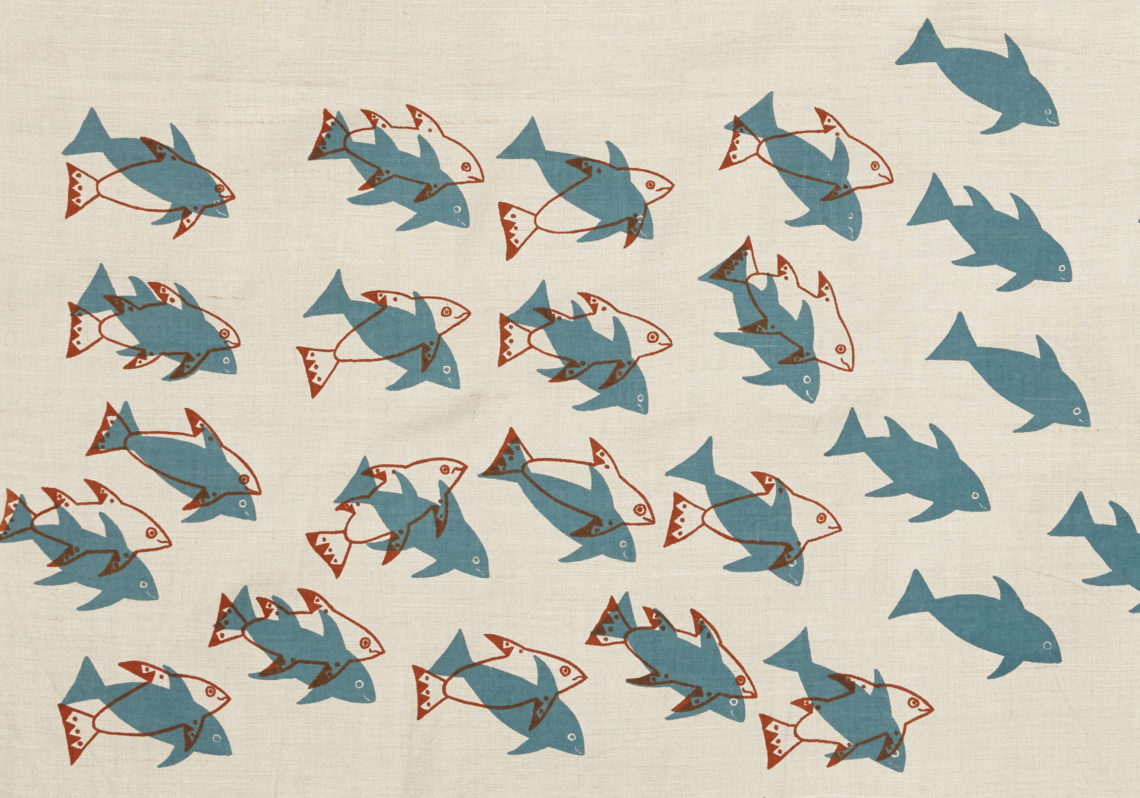 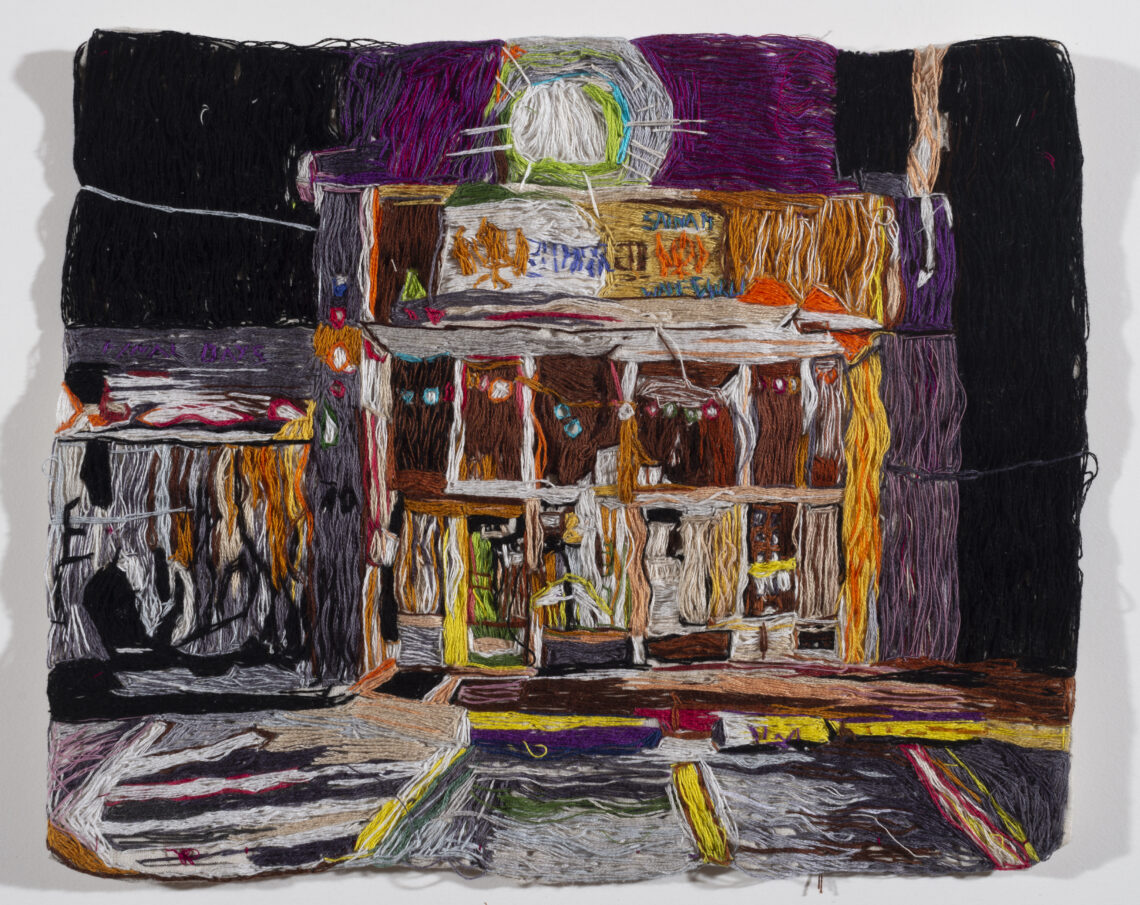 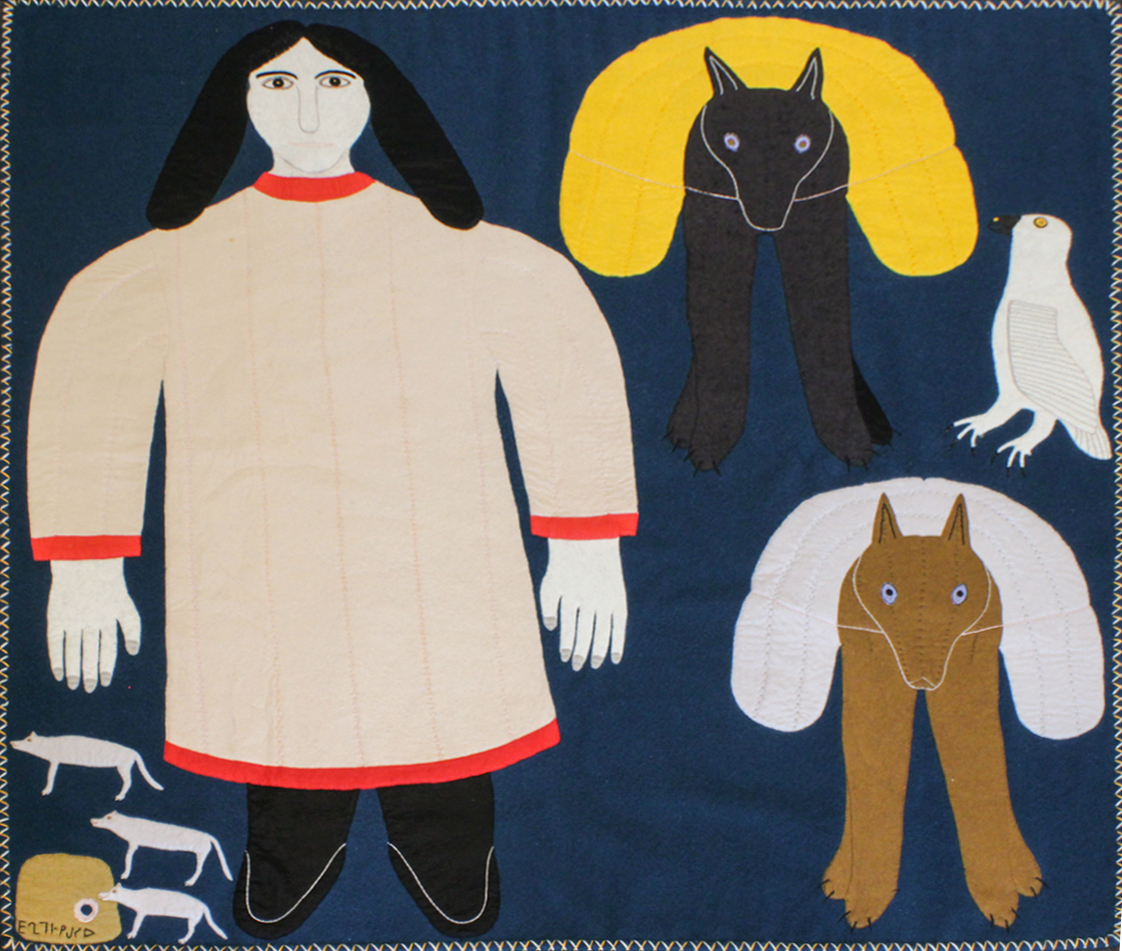